CEO of Turkish Airlines tells the success story in CNN

İlker Aycı, the CEO of Turkish Airlines appeared as a guest on CNN International’s show the Quest. 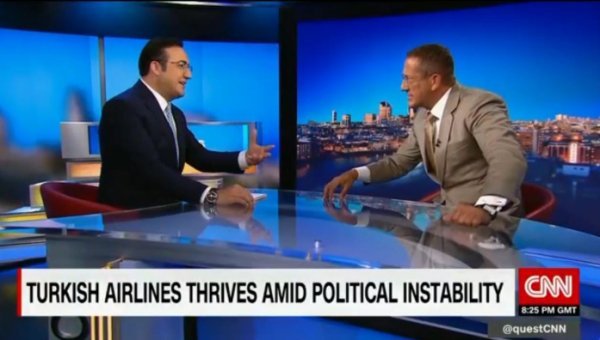 Turkish Airlines CEO İlker Aycı appeared as an on-air guest in CNN-journalist Richard Quest’s tv show. Speaking at the programme, Aycı has told the success story of Turkish Airlines from the firsthand.

Aycı told that they owe the airlines’success to “balancing and re-arranging everything to the terms”. “Despite the issues, if you re-organize your resources you can be successful,” Aycı stated. “Turkey has a very strong tourism sector and Turks are the kings of comebacks,” he also added.