Main opposite CHP’s congressman İlhan Kesici was lynched by the party members on the grounds of his congratulatory address to President Erdoğan. 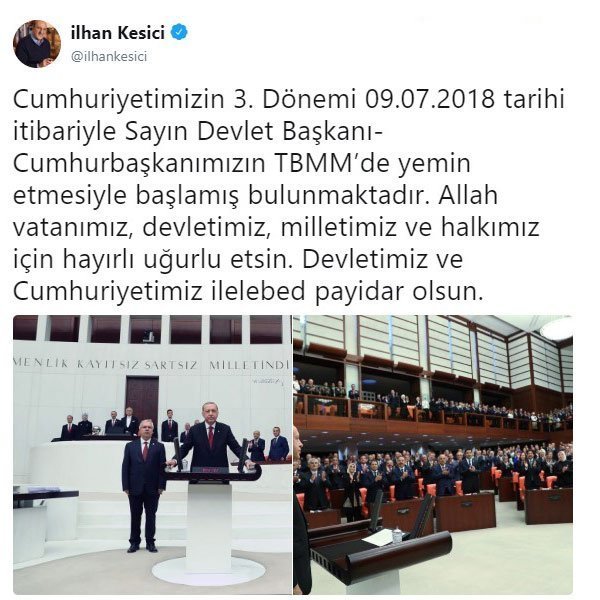 “Our republic’s third term has officially started after President Recep Tayyip Erdoğan took the oath of office on July 9. May God protect our country and give the best to our people. Let our country be everlasting.”

After CHP members’ exaggerated responses to the message, Kesici had to share another message: “I have never implied any ‘third’ republic. I have just meant that now we have officially switched to an executive presidency.”