CHP provincial heads and deputies state they stand behind Kılıçdaroğlu

59 of CHP provincial heads issued statements to the press to declare that they support Kılıçdaroğlu.

The main opposition Republican People’s Party (CHP) chairman Kemal Kılıçdaroğlu who has lost 9 elections in a row, was embraced by the provincial heads that he had assigned.

Gathering at the capital Ankara, CHP’s provincial heads declared that they support Kılıçdaroğlu. İstanbul provincial head Canan Kaftancıoğlu stated that the provincial heads are the ones who become the voice of the parties in difficult times. “We are here to state that we are against this process which the internal opposition group continues to challenge the chairman of the Republican People's Party (CHP) Kemal Kılıçdaroğlu's leadership by collecting the quorum signatures for an extraordinary convention,” she said. 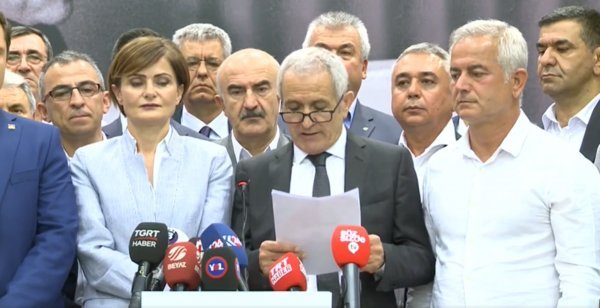 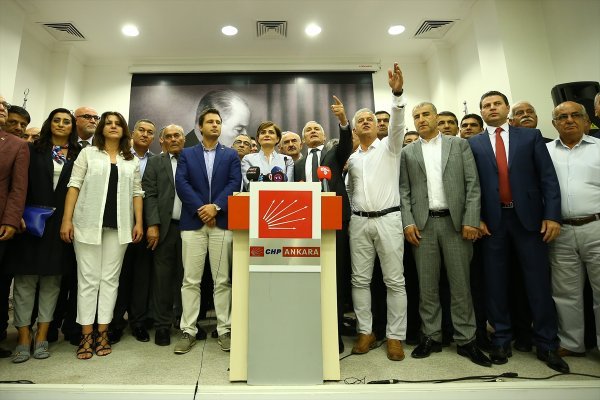 On the other hand, some CHP deputies gathered at Turkish Grand National Assembly published a notice against the extraordinary congress which signed by 129 deputies including CHP’s former chairman Deniz Baykal and jailed İstanbul Deputy Enis Berberoğlu.

CHP lawmaker Yaşar Tüzün had said the number of CHP delegates who have signed to bring the party to extraordinary congress have exceeded the sufficient number of signatures to challenge CHP chair Kemal Kılıçdaroğlu’s leadership by defeated presidential candidate Muharrem İnce.