Turkey's finance and treasury minister estimated Monday that the downward trend in inflation rate will continue. On Monday, the annual inflation fell to 19.67 percent in February, down slightly from 20.35 percent in January, according to the country's statistics authority.

Berat Albayrak said that February figures echoed "the positive outcomes" of measures taken recently. "Annual inflation in consumer prices fell below the 20 percent threshold after a long time," and "Particularly, the fall in core inflation down from 19.02 to 18.12 in February showed how the downward trend gradually becomes visible," Albayrak said. 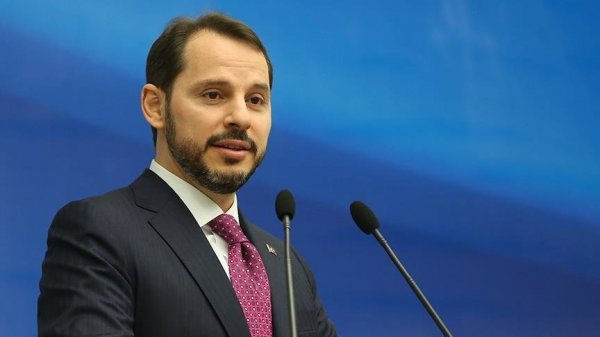 Core inflation means the hike in consumer prices excluding energy, food and non-alcoholic beverages, alcoholic beverages, tobacco, and gold. Albayrak said the significant drop in producer price index also pointed out that the decline in inflation would proceed robustly. According to the official figures, domestic producer prices climbed 29.59 percent year on year in February, down from January's annual figure of 32.93 percent.

"TURKEY WILL END 2019 WITH BETTER PERFORMANCE"

"We are quite optimistic about inflation figures ahead, beginning from this summer, we will see noticeable price drops in all items by leaving behind seasonal negativities and taking structural actions on food side in the second quarter this year," Albayrak added.

Albayrak also said that Turkey would end 2019 with better performance and reach single digit inflation figures sooner than expected. As noted in Turkey's new economic program announced in September 2018, the country's inflation rate target is 15.9 percent this year, 9.8 percent next year, and 6.0 percent in 2021.