Macron is one of dozens of world leaders attending World Holocaust Forum in Jerusalem, which will commemorate the 75th anniversary of the liberation of the Auschwitz death camp.

"I FEEL THE HISTORY HERE"

The Western Wall is part of Judaism’s most holy site, the Temple Mount, and is the only remaining part of the Jewish Temple compound that stood there before it was destroyed 2,000 years ago.

The 42-year-old head of state had seen his visit to St. Anne as a symbolic stop underscoring France’s historical influence in the region. 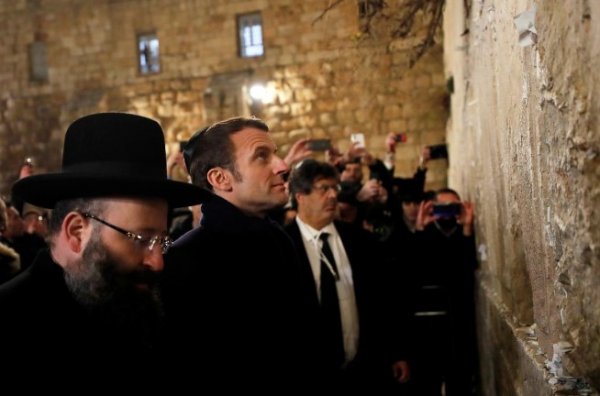 Before heading to the church, Macron walked through Jerusalem’s Old City, stopping by the Church of the Holy Sepulchre. “I feel the holiness and the history here,” Macron said. 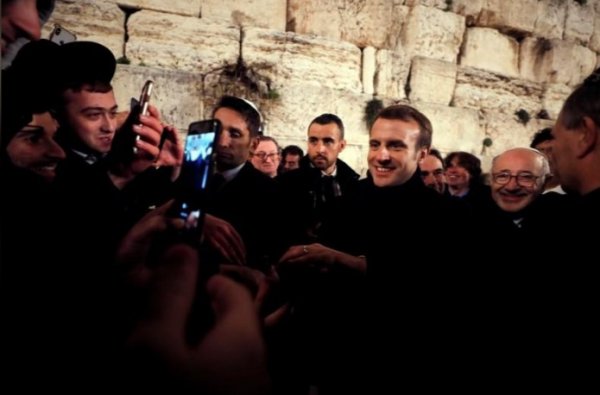 He later visited the Muslim Noble Sanctuary that houses al-Aqsa mosque, a site revered by Jews as Temple Mount, and prayed at Judaism’s Western Wall, touching the ancient stones.