US President Donald Trump on Thursday said no one is authorized to speak to Iran on behalf of the United States, and he accused French President Emmanuel Macron of sending “mixed signals” to Tehran over possible talks.

"IRAN WANT DESPERATELY TO TALK TO US"

"Iran is in serious financial trouble. They want desperately to talk to the US, but are given mixed signals from all of those purporting to represent us, including President Macron of France," Trump tweeted. 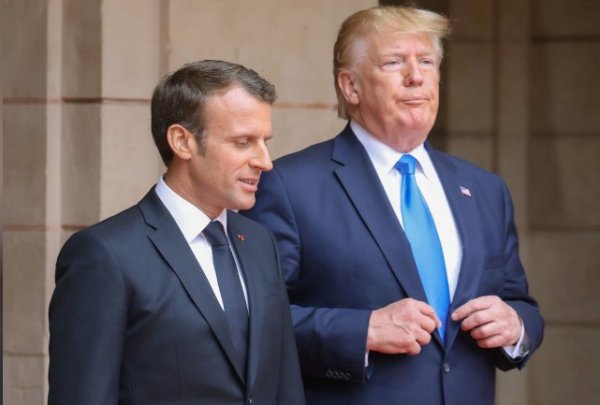 It was not immediately clear what Trump was referring to and the White House declined to comment, but a report earlier this week said Macron had invited Iranian President Hassan Rouhani to this month’s G7 summit to meet Trump. A French diplomat denied the report on Wednesday. 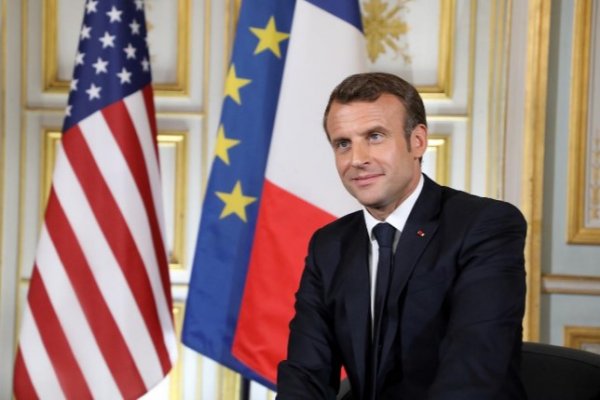 European leaders are seeking to defuse the brewing confrontation between Tehran and Washington after Trump pulled out of the Iran nuclear last year and renewed sanctions in an effort to push a new deal under the US Republican president. 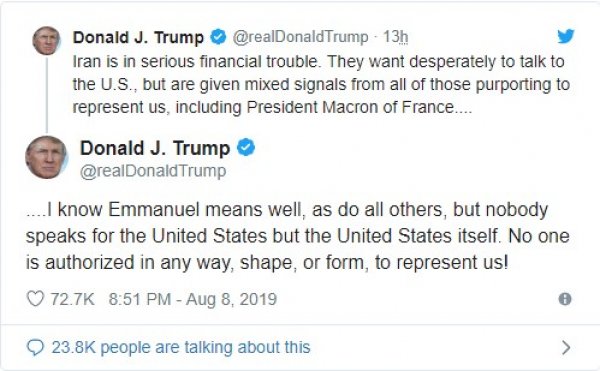 Tehran has responded with a series of moves, including seizing a British tanker in the Gulf and retreating from some of its commitments to limit its nuclear activity made under the deal.