No formal mandate from G7 on Iran, says Macron

Macron, who has pushed mediation efforts in recent weeks to avoid a further deterioration in the region, had told that the G7 had agreed on joint action on Iran.

French President Emmanuel Macron said he had not been given a formal mandate from G7 leaders to pass messages to Iran, but that he would continue to hold talks with Tehran in the coming weeks to defuse tensions.

"We had a discussion yesterday on Iran and that enabled us to establish two common lines: no member of the G7 wants Iran to get a nuclear bomb and all the members of the G7 are deeply attached to stability and peace in the region," Macron said, adding that both he and Japanese Prime Minister Shinzo Abe had taken initiatives on Iran. 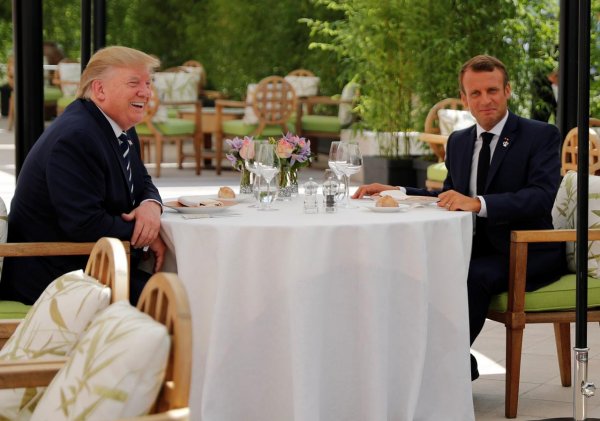 "But there is no formal G7 mandate that is given so there are initiatives that will continue to be taken to reach these two objectives," he said.

French presidency said G7 leaders had even agreed that Macron should hold talks and pass on messages to Iran after they discussed the issue over dinner.