Yet, after increasing the powers of parliament and the Cabinet and curtailing presidential authority, Putin might repeat a strategy he used before to stay in charge, shifting into the PM's seat.

Russian President Vladimir Putin said Saturday that he opposes the idea of an unlimited term in office for the country's leader like the system that existed in the Soviet Union.

Putin's comment at a meeting with World War II veterans in St. Petersburg came days after he called for constitutional changes that could help him remain in power once his presidential term ends in 2024.

Asked by a war veteran on the occasion of the 77th anniversary of the lifting of the siege of Leningrad if it was time to abolish term limits for presidents altogether, Putin said: “As regards (presidential) terms for staying in power I understand ... that (concern over this) is linked for many people with worries about societal, state and domestic and external stability.” 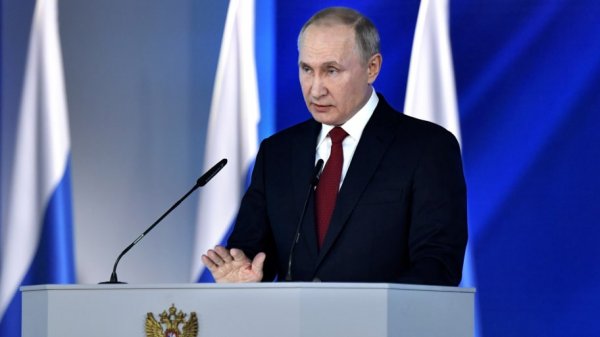 There has been uncertainty about Russia’s future political course since Putin suggested in his Wednesday state-of-the-nation address amending the constitution to allow lawmakers to name prime ministers and Cabinet members. The president currently holds the authority to make those appointments.