Thousands rally in Istanbul to mark 2 years to coup bid

Thousands of people flocked to the July 15 Martyrs Bridge in Istanbul to mark the second anniversary of the defeated coup attempt in 2016.

"July 15 Democracy and National Unity Day Meeting" began with a moment of silence for the martyrs and singing of the national anthem. The names of 251 martyrs were read out one by one and the Quran was recited.

"MARTYRS DO NOT DIE"

Holding Turkish flags, some people chanted slogans such as “Martyrs do not die, the country is not divided”, “Every Turk was born a soldier” and “We do not want PKK in the parliament". Some participants wore T-shirts with the star and crescent symbolizing the Turkish flag. 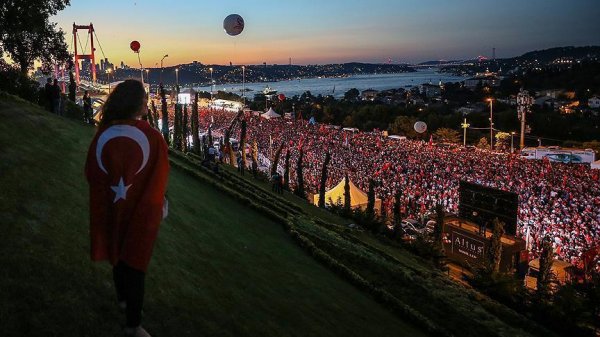 Relatives of the martyrs came to the venue with photos of their relatives. President Recep Tayyip Erdoğan delivered a speech at the rally. Earlier, Erdoğan accompanied by First Lady Emine Erdoğan, his grandchildren and some ministers and deputies -- visited the July 15 Martyrs' Monument. 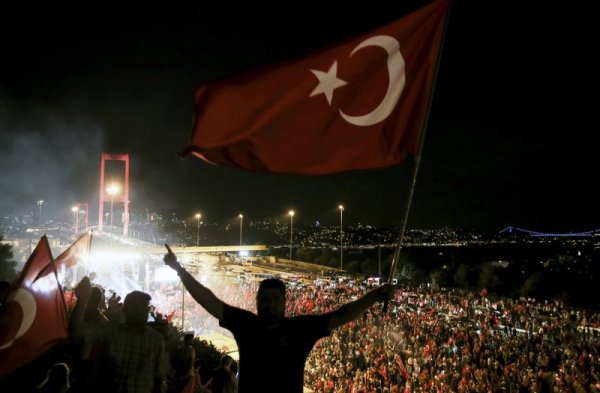