US President Donald Trump and his Russian counterpart Vladimir Putin on Monday opened the summit in Helsinki. 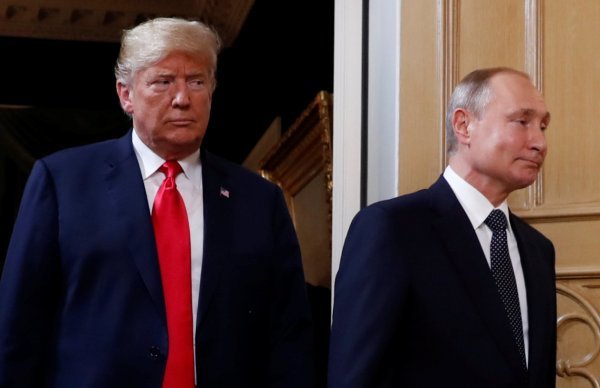 “GETTING ALONG WITH RUSSIA IS A GOOD THING”

Trump agreed that the two leaders have a lot to talk about -- including trade, military, nuclear and missile issues and relations with China. “Frankly, we have not been getting along very well for the last number of years [...] I think we will end up having an extraordinary relationship,” Trump said. “The world wants to see us get along," he added.

The two presidents will discuss Russian-U.S. relations and their further development, as well as current international matters, according to the Kremlin statement, released ahead of the meeting. On the sidelines of the presidential meeting, Russian Foreign Minister Sergey Lavrov and the U.S. Secretary of State Mike Pompeo will hold their first personal meeting.