The operational range of the Turkish Central Bank will be expanded through strengthening policy synchronization and unclogging congestion in structural canals in price stability and by combatting inflation, Treasury and Finance minister said on Thursday.

"A central bank more effective than ever will be among our policy's main targets in the new era," Berat Albayrak stated. Albayrak underlined that it is improper to speculate on the bank's independence and decision-making mechanisms. "In the new era we will support the Central Bank carrying out a more predictable, straightforward, and decisive monetary policy," said Albayrak.

He expressed that the amount and variety of foreign resources will be boosted while the ministry cooperates with international financial actors and stakeholders. "Our policies will be determined within the scope of a sustainable and consistent growth target by prioritizing budget discipline, structural reforms, and single-digit inflation. We will take the necessary steps to first bring down inflation to single digits then reach the country's targets," he stated. 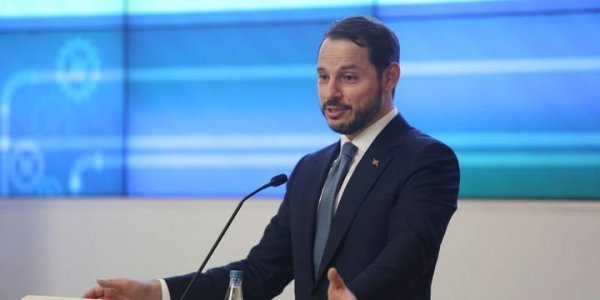 NO CONCESSIONS FROM FISCAL DISCIPLINE

This June, consumer prices in Turkey rose 15.39 percent compared to the same month last year, the Turkish Statistical Institute (TurkStat) announced on July 3. As noted in the country's medium-term program (MTP) introduced last September, inflation is targeted to converge to 5 percent through the end of 2020.

Albayrak said the ministry will implement effective fiscal policies which provide budget balance in line with the MTP targets while making no concessions from fiscal discipline.