The arrest warrants were issued after suspects were found to have communicated with members of the terror group by payphone.

Turkish police on Tuesday arrested at least 151 people for suspected links to the Fetullah Terrorist Organization (FETO), the group behind the 2016 defeated coup, security sources said.

The arrests came after the country's prosecutors issued arrest warrants for 237 suspects.

The Chief Public Prosecutor's Office in the western province of Izmir issued warrants for 108 serving soldiers, including a lieutenant pilot and four district gendarmerie commanders as well as 68 former soldiers who either retired, resigned or were expelled.

Izmir-based anti-terror operations were launched simultaneously in 49 provinces and so far, 115 suspects were arrested by Turkish police forces. 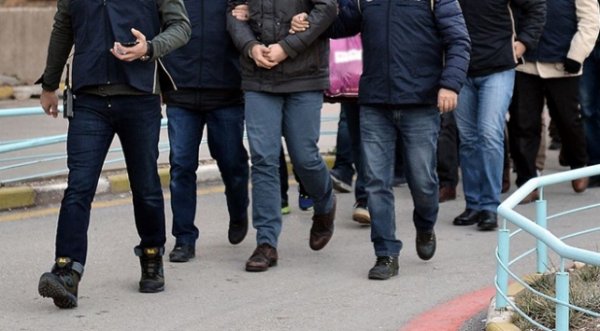 Separately, prosecutors in the capital Ankara issued arrest warrants for 31 suspects for their alleged links to the FETO infiltration into the armed forces.

Meanwhile, arrest warrant were also issued by prosecutors in Konya for 30 suspects, including 24 on active-duty soldiers, and 14 suspects were arrested in simultaneous operations across 20 provinces.