Ex-army chief Metin İyidil had faced with life sentence, but later acquitted in a FETO case.

The counter-terrorism police arrested an ex-soldier in Turkey on Thursday over his links to the Fetullah Terrorist Organization (FETO), the terror group behind the 2016 defeated coup.

HE WAS ARRESTED OVER LOCAL COURT'S DECISION

Former Lt. Gen. Metin Iyidil was arrested in the capital Ankara after a local court issued an arrest warrant over the prosecutors’ demand.

Earlier, Iyidil, former commander of the Land Forces Training and Doctrine Command (EDOK), had been slapped with aggravated life sentence over the charge of trying to overthrow Turkey’s constitutional order through violence as part of the coup attempt perpetrated by FETO. 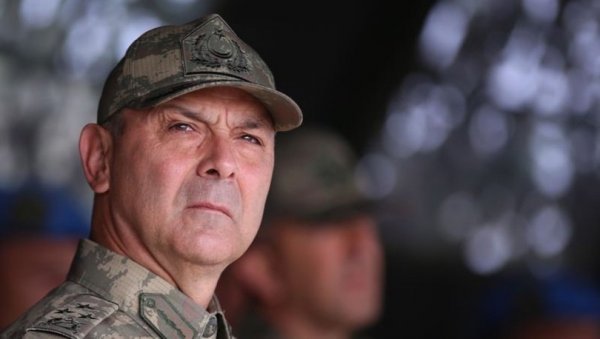 However, he was later acquitted and set free after a local court revoked the previous court order upon Iyidil’s appeal.