A top NATO official on Friday praised Turkey’s hospitality towards refugees and hard work in the Middle East.

"TURKEY IS AT THE FOREFRONT OF THE CHALLENGES"

“I pay tribute particularly to the Turkish role in providing refuge of millions of people who have been displaced by the terror conflict in Syria,” Madeleine Moon, head of the NATO Parliament Assembly, told a meeting in the Mediterranean Antalya province. Moon said Turkey "sees itself as a bridge between Europe and Middle East" which gives it a "leading role in promoting security and stability" in the Mideast and North Africa region. 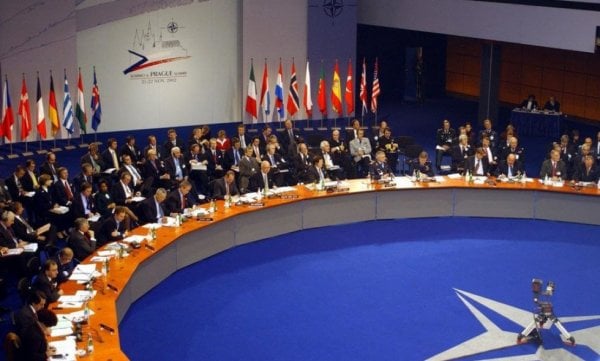 Moon stressed there would be “an international refugee crisis without the remarkable generosity and hospitality which Turkey has shown to the Syrian people.”

She also said Turkey is often “at the forefront” of the challenges emerging in the Mideast, adding that NATO shows solidarity with Turkey by providing critical support and assistance. “I want to take the opportunity to thank the Turkishnato government and parliament for their contributions to NATO and the NATO Parliamentary Assembly,” she added.