Russian government who wants to cooperate with Turkey on Syria issue needs to remain aloof from the YPG terror organization that is active in the region.

Russian military has officially withdrawn from the key town of Tal Rifaat in the northern countryside of Syria.

YPG/PKK terror forces have been cooperating with the US for so long. The terror organization has been taking the support of the Russian police forces time to time. But as a result of the recent political developments with Turkey, Russia needs to be detached from the terrorist organization.

"WE ARE THE GUARANTORS OF THE ASTANA PROCESS"

The situation in Syria holds a particular place in the bilateral talks, Russian President Putin said in the Turkey-Russia summit held last week. “I would like to note that Russia and Turkey, as guarantors of the Astana process, continue to make vigorous efforts for the long-term normalization of the situation in this country. We are coordinating efforts to revitalize the Syrian political process, including with a view to forming a constitutional committee as soon as possible,” he stated. 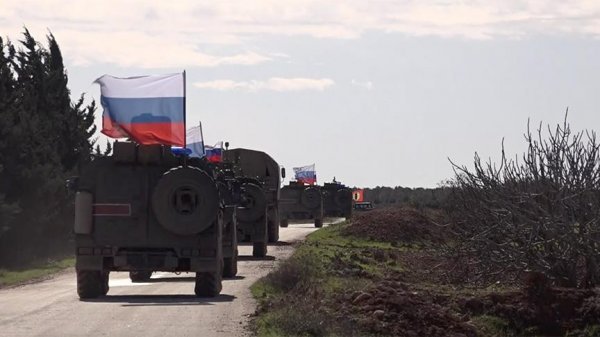 As a result of the summit, Russian armed forces announced the withdrawal from the region.

A cooperation platform launched in December 2016, by Turkey, Russia and Iran, laid down the grounds for their tripartite cooperation on a peace settlement in Syria known as the Astana process. Turkey and Russia also signed the Sochi agreement in September of last year to decrease tensions and avoid new conflicts in Idlib province.