TIKA hands out aid in Afghanistan after floods

Foods, tents distributed to thousands of families in northern Afghanistan.

Turkish state-run aid agency provided food and shelter for a thousand families suffering from floods in northern Afghanistan, the agency said on Thursday.

The Turkish Cooperation and Coordination Agency (TIKA) said it distributed food packages and tents to the families who lost their homes due to heavy floods in northern Faryab province. 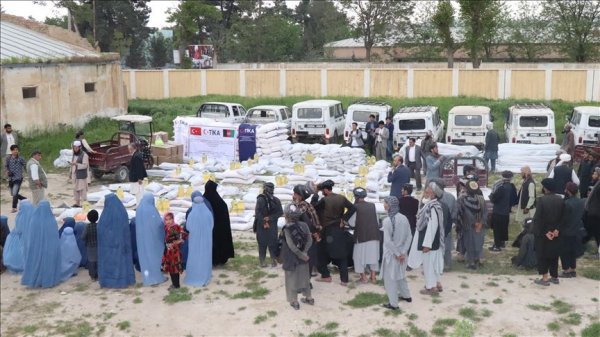 After a spell of drought-like situation for months, Afghanistan received bucking rain in the past couple of weeks resulting in flash floods in Herat, Helmand, Badghes, Badakhshan, Ghor, Kunduz, Logar, Diakundi and a number of other provinces.

On April 17, the local Azadi Radio reported at least 134 people were killed and thousands of homes destroyed by rain and flood in the past three weeks.