Iran’s General Staff of the Armed Forces said Saturday that a Ukrainian aircraft was “accidentally” hit by an Iranian missile earlier this week.

Ukraine has demanded an official apology from Iran after Tehran admitted earlier on Saturday that it unintentionally downed a Ukrainian aircraft killing all passengers on board.

"BRING THOSE RESPONSIBLE TO JUSTICE"

President Volodymyr Zelensky said in a Facebook post: "This morning was not good, but it brought the truth. Even before the end of the work of the international investigative commission, Iran admitted its guilt. But we insist on a full admission. We expect from Iran's assurances to readiness for a full and open investigation, bring those responsible to justice, the return of the bodies of the victims, payment of compensation, an official apology through diplomatic channels."

"We hope the inquiry will be pursued without deliberate delay and without obstruction," Zelensky added 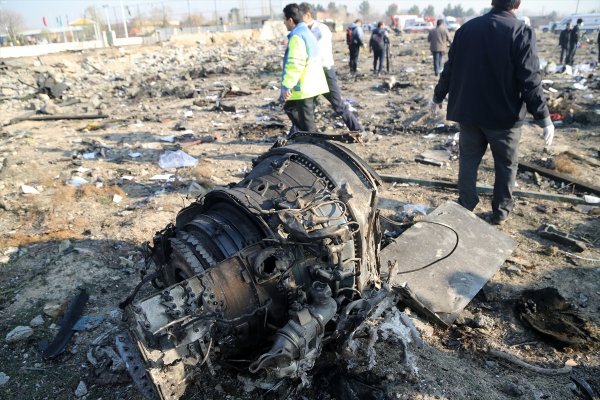