Greece: Our communication channels with Turkey should be open

Greek officials emphasized keeping communication channels with Turkey open for 'best result' in the Aegean Sea and the Mediterranean.

Athens meetings between Turkey and Greece are “channels to get the best result” in the issues related to the Aegean Sea, Greek defense minister said on Thursday.

"WE WILL KEEP THE SEA CAIM"

Speaking to reporters during his visit to two Greek shipyards, Skaramagas and Elefsina, at the Aegean coast, Evangelos Apostolakis said they will keep the communication channels with Turkey open to get the best result in de-escalating the situation at the Aegean Sea and the Eastern Mediterranean. He also said the confidence-building measures will provide stability and calm at sea by preventing a close contact of the naval forces. He added that meetings between the two neighbors have gone well and more meetings are to follow. 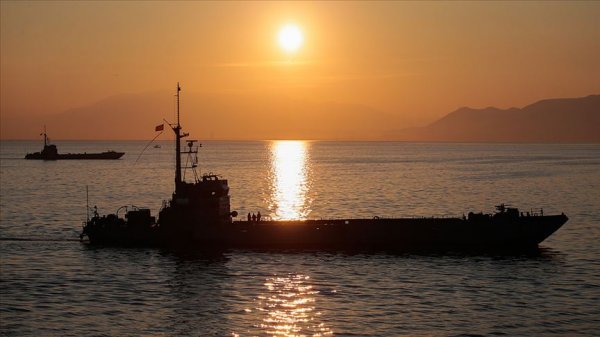 A Turkish defense delegation has been in Athens for a technical meeting with Greek officials to enhance cooperation especially in confidence building measures and code of conduct in the Aegean Sea between May 20-25. Earlier calling on Greece to act with common sense, Turkish Defense Minister Hulusi Akar said the energy sources in the Aegean Sea and Eastern Mediterranean should serve as a bridge for peace, dialogue and mutual development.

Turkey says hydrocarbon drilling activities, the source of tension between the two countries, in the Eastern Mediterranean region are based on its legitimate rights stemming from international law.