Germany seeks to bring countries together on Libyan issue in attempt to reach political solution to conflict.

Renegade Libyan commander Khalifa Haftar will participate in an international conference in Berlin on the Libyan crisis this Sunday, according to a source privy to the matter.

"HE RECEIVED AN OFFICIAL INVITATION"

The source who asked not to be named said on Thursday that "Haftar has received an official invitation from Germany to attend the Berlin conference and [he] will be traveling with Libyan jurist Aguila Saleh". 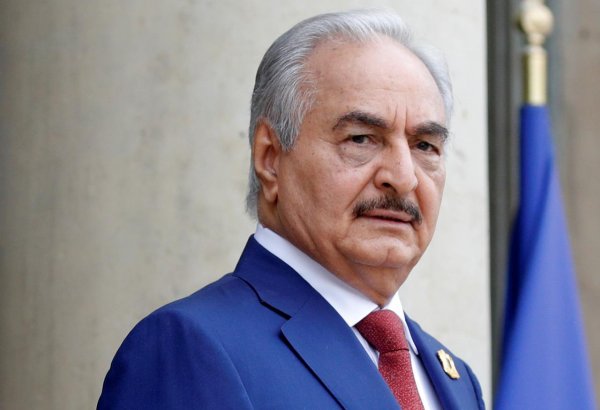 Germany seeks to bring countries concerned with the Libyan issue at the Berlin conference in an attempt to reach a political solution to the conflict.

On Jan. 12, the internationally recognized government and Haftar accepted a cease-fire called by Turkey and Russia to end hostilities in Tripoli. However, Haftar left Moscow on Tuesday without signing the proposed deal.