Since the outbreak of the Syria conflict in early 2011, Israel has occasionally struck positions inside the war-torn country.

4 IRANIANS WERE AMONG THE DEAD

The group also said the attacks took place after the arrival of a cargo plane to the targeted area, adding that it is unclear “whether the plane arrived from Iran or from another area inside Syrian territory." Syrian official news agency SANA reported late on Thursday that the army's air defenses "intercepted hostile targets in the airspace of Damascus." 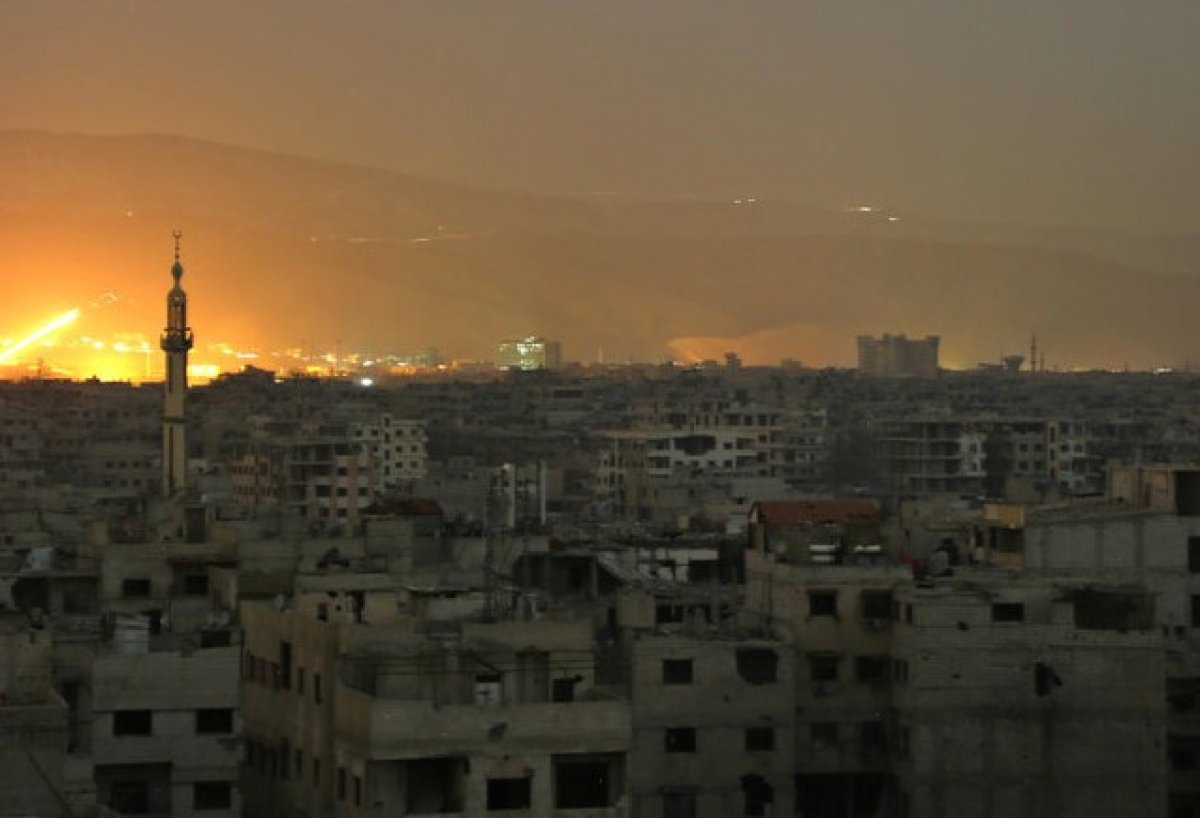 Citing a military source, SANA added that "at 23.45 p.m. [2145GMT] on Thursday, the army observed hostile missiles coming from over the occupied Syrian Golan Heights, and immediately the army air defenses intercepted and downed a number of them before they reach their targets."

"The hostile missiles came from over the occupied Syrian Golan," it added, referring to the Israeli warplanes. Israeli officials, however, have yet to officially claim responsibility for the reported strike.