NATO Secretary-General says new conflict would be to no one's interest, referring to the current US-Iran tensions.

NATO Allies called for restraint and de-escalation after an extraordinary meeting of the alliance's main decision-making body, the North Atlantic Council on Monday.

During the meeting, NATO ambassadors discussed recent development in Iraq and rising tensions between the US and Iran.

"IRAN HAS BEEN CARRYING OUT DESTABILIZING ACTIVITY"

"A new conflict would be in no one's interest. So, Iran must refrain from further violence and provocation," Secretary General Jens Stoltenberg said at the press conference following the meeting. Stoltenberg admitted that Iran has been carrying out "destabilizing activity in the region", saying that all NATO allies agreed that the country "should never be able to develop nuclear weapons." 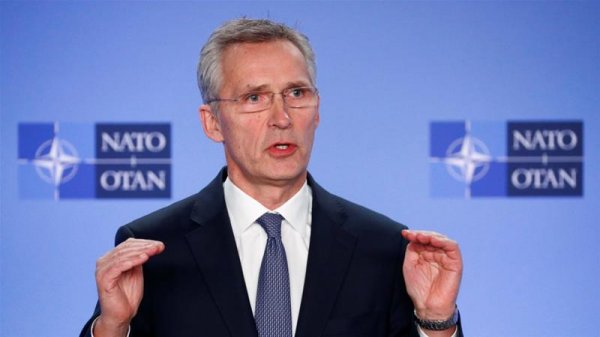 However, Stoltenberg declined to comment on the possibility of the US evoking NATO's collective defense clause in case Iran engages in retaliation. At this stage, "speculation" on the possible scenarios risk producing adverse effects and escalating tensions instead of calming them, he asserted.

Stoltenberg underscored NATO's strong support for its training mission in Iraq despite its suspension due to security reasons.