Putin: Easier to work with Turks

Russian President Vladimir Putin said on Wednesday that dealing with Turkey is easier than the EU.

Comparing the construction of the Nord Stream II and TurkStream pipelines at a news conference with his Austrian counterpart Alexander Van der Bellen in the Black Sea city of Sochi, Russian President Vladimir Putin said: "It is easier to work with Turks".

"ERDOĞAN HAS DECIDED AND HAS DONE"

"President Recep Tayyip Erdoğan has decided and has done. And here [in the EU] we need 27 countries to agree, it lasts for years and nothing happens," Russian President Vladimir Putin said. Nevertheless, Putin added, the Nord Stream II project will conclude despite obstacles, including US counter-action. 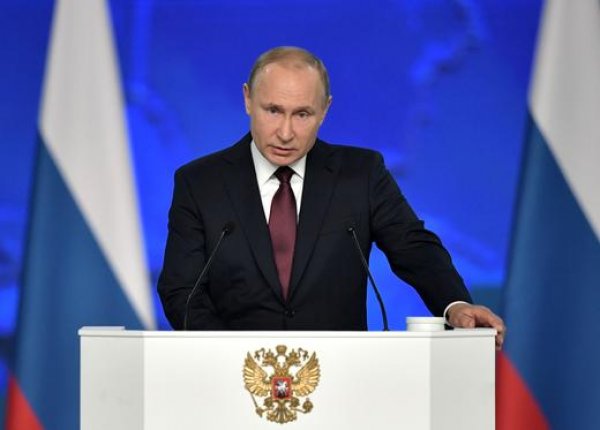 Turning to international agenda, Putin regretted the dismantling of the Iran nuclear deal. "We regret that the agreement is being destroyed. Our position is known to all partners, including the American ones, and we supported the preservation of this agreement. Iran, after signing of the treaty, is the most verifiable and most transparent country in the world in this sense," Putin said.