According to the diplomats, UN has failed to condemn an airstrike attack on a detention centre for migrants in Libya after the US didn’t endorse a proposed statement.

The UN Security Council on Wednesday failed to condemn a recent airstrike in Libya because the US would not support the statement's text, according to multiple reports.

The council met behind closed doors for two hours to discuss the attack, which took place Tuesday, on a migrant detention center in the Tajoura suburb of the country's capital, Tripoli, which killed at least 44 people and injured 130 others.

The emergency meeting was called by Peru, which holds the council presidency in July. The UK reportedly circulated a statement that condemned the attack and called for a ceasefire and return to political talks. 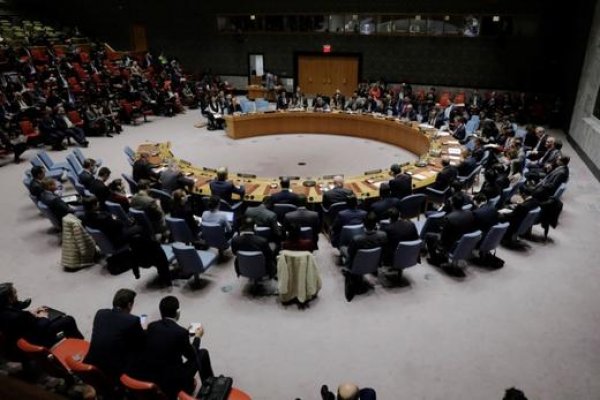 But US diplomats did not approve the statement, saying they would need word from Washington to be able to vote in favor of it, according to reports.

Libya’s Government of National Accord (GNA) blamed the airstrike on commander Khalifa Haftar's forces. UN Secretary General Antonio Guterres said he was outraged over the attack and called for an independent investigation. The US State Department condemned the attack but did not call for a ceasefire.