President Erdoğan said that there is no economic crisis in Turkey, but someone is manipulating.
Telegram ile paylaş Google News'de takip et 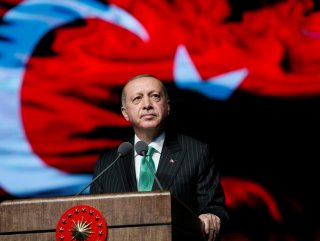 Speaking at the Veterans Day Ceremony held at Beştepe Congress Center, President Recep Tayyip Erdoğan stated that there was no economic crisis and said: "Don't believe in manipulations".

President Erdoğan gave clear messages to the markets. "Do not believe in economic crisis, do not be fooled by it, they are all manipulations." said Erdogan "So do not be fooled by those who are here and manipulation AVM. No lira lease with Euro and Dollar in this country. Then the Turkish lira has, if not, they pay the price. This is Turkey, the United States is not. Here are the provisions of the Turkish lira. With Turkish Lira you rent your store and make your purchases. " expressions used.